Youth suicide is not inevitable 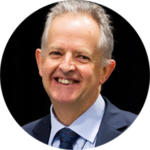 Judge Andrew Becroft is Children’s Commissioner, a former student leader with Auckland EU, and more recently served as Principal Youth Court Judge. He also chairs TSCF’s board. A longer version of this article ran in the NZ Herald on 4 August, 2017.

We all have hopes and dreams for our children. We love them, and we worry about them.

We live with the concern of impulsive behaviour by our teenagers, including the possibility of suicide—particularly for our boys. In some communities, the devastating impact of New Zealand’s staggeringly high youth suicide rate is regularly on display.

It can seem it has always been this way, but it hasn’t. When I looked back at the suicide trends I was astonished to see that youth suicide rates went from the lowest in all population groups in 1985 to the highest in 1995.

While rates have improved since the statistical high points in the mid-’90s, youth suicide rates have remained among the highest by age group.

We cannot accept these levels of youth suicide as inevitable, intractable, or as a sad but unavoidable fact of life. Professor Sir Peter Gluckman, the Prime Minister’s Chief Science Advisor, recently released a sobering report titled Youth Suicide in New Zealand: A Discussion Paper. It emphasises that it is wrong to see youth suicide as purely a mental health issue. While this may be one driver, other risk factors are an array of inter-related issues, and often difficult to isolate. These include socio-demographic factors, poor family relationships, impulsivity, low self-esteem, hopelessness, loneliness, drug and alcohol misuse, and suicidal behaviour amongst family and friends.

Adolescence is a vulnerable and potentially volatile period. Reflecting on this report, some interesting questions came to my mind:

In youth suicide statistics, as in so many other child measures, Māori are drastically over-represented. Past attempts to address this over-representation from a deficit-based, Western worldview have failed. I encourage more efforts to draw on the wisdom of Te Ao Māori for positive, strengths-based solutions.

Gluckman helpfully concludes that working closer with communities in co-designing solutions will be crucial to making a difference. It is not enough to carve out a few specific elements to tackle youth suicide—in doing this in the past we have failed to take account of the whole young person.

We need to address the range of challenges that face children and young people. This means fostering connections with community, family and culture. It means listening and talking to young people about the issues that affect them.
Youth suicide is not inevitable. It changed rapidly for the worse 30 years ago. It could change for the better today. We can and must do better.

From the same issue: