Answers to an epidemic of isolation and mental suffering are as close as our own two hands. 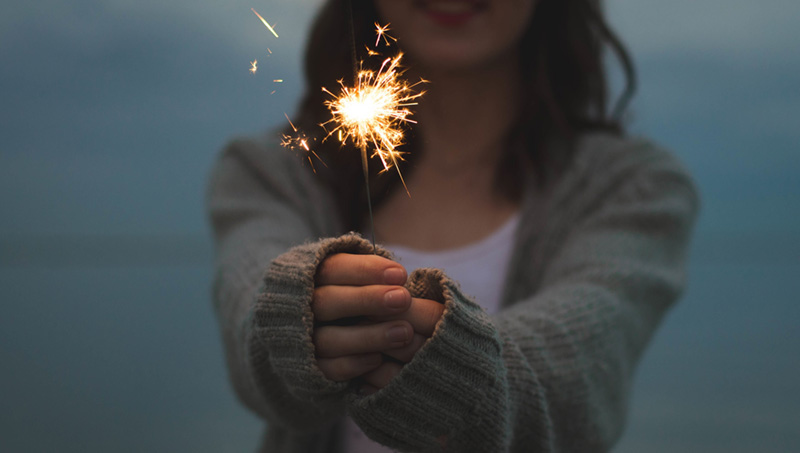 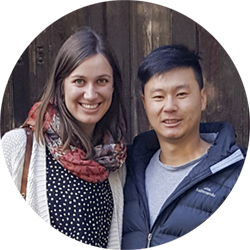 Esther and Wilson Chan share their perspective as church and community members who come alongside young people. Wilson is the Youth Minister at St George’s in Epsom, Auckland. Esther uses her web and design skills for Manna Christian Stores. They are former community developers with Urban Neighbours of Hope, where they worked with youth in South Auckland. They teamed up when Esther was part of Baptist Youth Ministries in Wellington and Wilson was the Youth Pastor at Manurewa Baptist. Wilson also has a diploma in Youth and Community Development from Praxis and a degree from Weltec.

The flood of statistics relating to the next generation’s mental health paint a bleak picture. They provide few clues as to how dark trends might be reversed, and no guidance for us as we help loved ones recover hope. Each of their stories is unique, as are the gifts of those around them. And while only Christ offers absolute healing and restoration, we can all play a part if we get the basics right.

What have you learned while walking alongside people that you think others should know?

Wilson: Good mental and emotional hygiene. We’ve separated physical pain from mental pain, when in fact pain is pain and our gospel’s quite holistic. So that’s the setting we live in.

When you’re journeying with people, the most important thing is to start practicing good emotional and mental hygiene yourself.

The second is that when someone’s struggling with mental health, the key thing they need is relationship. They might be seeing a counsellor, there might be a social worker—all of these are professional relationships, and there is a place for professional relationships. But they need actual neighbours, actual relationship, actual community. I think that’s a great thing the church can offer … people knowing there’s a space to pop in for a cup of tea. And a cup of tea where you have a space that’s open, and you’re there to listen. That’s the most important thing you can do for someone struggling.

Often people get defined by labels. Our job is to say that actually you’re more than “depressed,” you’re more than “anxious,” and start naming [positive] things that people are. Words are powerful, words create worlds.

[And for those seeking professional help]—if the first counsellor doesn’t work, find another one. We’re going to connect with people differently.

Do you have any hunches as to why the ages of those who struggle are getting younger, and the situations are getting darker?

W: We live in a real fast-paced society. There’s a stat from The Abundant Community by Peter Block saying that 95% of teenage pregnancies happen between 3 and 6pm. And that shows that there aren’t enough adults present in those young people’s lives. So when they’re lacking that role model, or that presence, who are they turning to when they’re most vulnerable? That’s often peers or social media. That’s their role model.

Esther: And all the stuff that’s accessible on social media now. Even 10 years ago, you’d just see ads on TV or teen magazines. And they still might have been Photoshopped, but with social media—especially with girls in terms of how they look—the level has gone up so much. So young people dress way trendier now, they look a bit more slick.

And with blogs, they’re not just talking to their peers at school. There’s this whole network of people who are suddenly talking. So rather than “I feel depressed”—and they might find one or two others at school—they can join a forum with hundreds of young people. And it can get quite dark quite quickly. With eating disorders, there are all these blogs like Thinspiration—inspiration to be skinny.

So many kids have cell phones, it’s right there. It’s just a click away. If parents aren’t around or are too busy, or people in general are too busy to engage, then they automatically go to their phone to be entertained. And if that’s what you’re feeding on, it can spiral really quickly.

W: That’s why we need those real relationships.

What tools and techniques do you recommend?

W: In conversations, it’s having the courage to listen as well.

The other side of it is teaching people to decenter themselves. Decentering is putting yourself in others’ shoes, or to see beyond yourself.

One way to do that is to have people talk about what they’re grateful for. It’s huge, especially in that space. It shows them that pain is real, but so is hope, and this enables them to see the good and beyond their situation.
That’s our gospel—you could be in pain now, but there’s hope for a better tomorrow.

It’s as simple as saying, “Come around for a cup of tea—bring your favourite biscuits.” Or, “Bring dessert or drinks for dinner.” That enables people to be generous.

We can do things that social workers and counsellors can’t do.

E: In terms of tools, it’s been helpful for me to sort out my own stuff to help other people sort out their stuff. The biggest thing that’s helped both of us is Soul Tour. Matt and Belinda Stott run it, they’re from Christchurch. They’ve taken Living Wisdom material and adapted it for young adults. It’s so practical.

W: A lot of what we’re talking about is bottom-of-the-cliff stuff. The best thing is being preemptive.

So, for families—the Jewish people would say the table is an altar, because something holy happens there. And it’s the conversations, the breaking the bread—go back to that. George Wieland says that families used to be defined by who comes to the dinner table. Then it was defined by who watches the TV. And now it’s defined by who shares the WiFi password. So we’ve got to go back—it sounds weird, but it’s the best thing to do as a parent. At those dinner times ask, “What was the best part of your day?” or, “What did you struggle with today?” and normalise those conversations.

Bedtimes as well—process and debrief. David Riddell says that when a person falls asleep on the wrong conclusion, they wake up with the wrong beliefs.

I emphasise the home environment because with social media you don’t know who’s listening. Create that confidentiality or sacred space.

How do we build the trust needed to support those outside our family?

W: The reason we’re here, two minutes’ walk from the church, is so the young people can pop in. That’s the idea; they know we’re part of their village.

They’re not going to trust you until they know you’re going to be there. Being present creates trust. So when a parent shows up and says, “Sort out my young person,” it’s going to take a lot of time to build relationship. And for them to rebuild a relationship with their parents.

Another distinction to make is that, with urban poverty, people don’t have time to think about mental health. They’re more caught up with food and shelter. Maslow’s hierarchy is sort of true.

W: And that’s a mental issue too.

Mick Duncan would say, to journey with people is to jump in the same puddle. That’s pretty much what you do. We’re in this together; loneliness is the biggest killer.

And when you come alongside people, it’s okay to not know the answers. It’s always going to be a journey. The hope they have—Jesus, when he came back, he had scars. And their scars are going to be signs of hope for others.

From the same issue:

Youth suicide is not inevitable

Around 2012—the year that smart phone ownership among Americans surpassed 50%—research in that country revealed an “abrupt shift” in teen behaviours and emotional states.

“The number of teens who get together with their friends nearly every day dropped by more than 40% from 2000 to 2015; the decline has been especially steep recently. … fewer kids are spending time simply hanging out.”

The average US teen now spends 2.5 hours a day on electronic devices—half an hour more than the point at which “significant effects on both mental health and sleep time appear.”

From “Have Smartphones Destroyed a Generation?” by Jean M. Twenge, The Atlantic, September 2017.