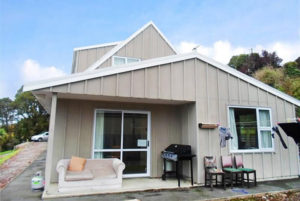 A place to call home in Otago

Next year, TSCF Dunedin will expand its residential housing initiative, with four neighbouring houses replacing The Tree House. Life in the homes, called the Quarters, will be supported by two TSCF staff members and their families, who will live on site.

The properties are within walking distance of both Otago University and Otago Polytechnic.

Currently there are openings for seven returning students and nine first-year students. Being part of the intentional community includes a commitment to sharing life together around meals, spiritual practices, and service. 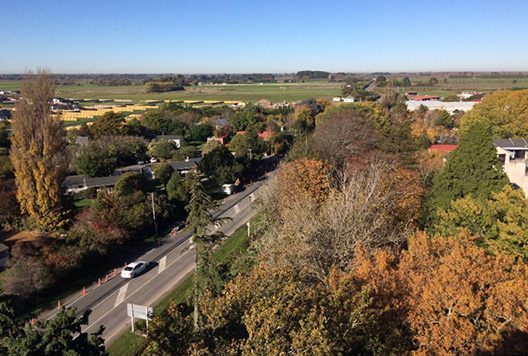 TSCF Lincoln has been presented with an exciting possibility: purchasing land right next to Lincoln University and designing a building to meet TSCF’s core aims. This would be a home for intentional community that provides hospitality and encourages discipleship, gives students an off-campus base for meetings, and provides a passive revenue stream for projects in Lincoln and around the country.

This possibility depends on partners who are willing to invest financially with TSCF in the next few months. There is a small window of opportunity to purchase the former university land, which is about to become available to purchase.

Please email Tim Hodge, Lincoln Team Leader, or call him on 027 374 8048 if you would like to be involved. To donate online, choose “PR-LSR” as the fund to support.

About NZ$25,000 has been donated by God’s people in four different countries, all of whom are excited by this. Tim Hodge writes, “I’m encouraged by the response yet intimidated by how much there is to go to purchase a section for NZ$200,000.”

The land is now for sale, with details here: www.tewhariki.co.nz. The team is particularly interested in sections 297, 298 or 299 because of their proximity to the university. 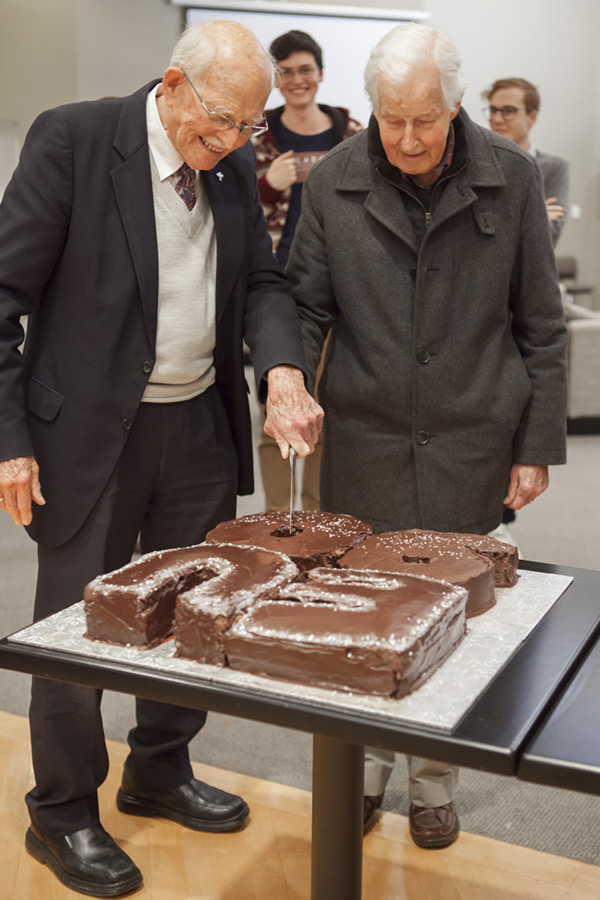 The midwinter tradition of inviting Auckland students, graduates, and others in TSCF’s network to join in an evening of stories and prayer continued on 9 August. The 90th anniversary of the Auckland University Evangelical Union (EU) was the particular focus. Five graduates from past decades reflected on how EU shaped their faith and work, including Children’s Commissioner Andrew Becroft, who chairs TSCF’s board. His father, Laurie Becroft, and Bruce Nicholls shared the cake-cutting honours. The two were EU members in the 1940s and have been friends ever since. 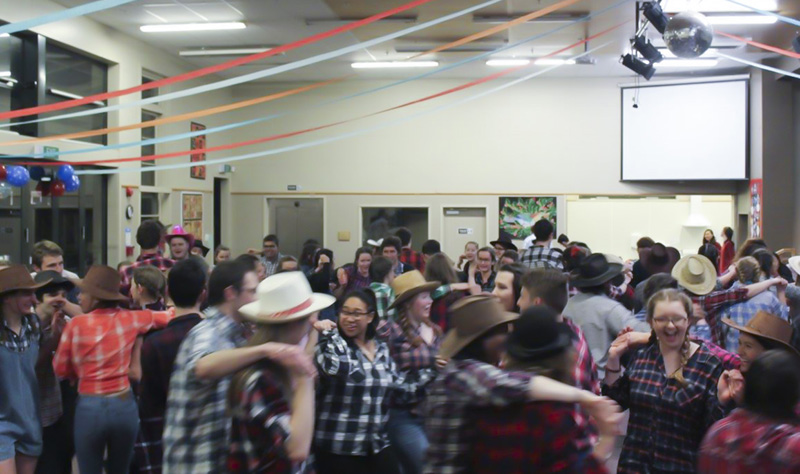 Groups at the University of Otago hosted their third annual barn dance. This one had to be postponed, but it turned out to be a blessing as even more tickets were sold. It has earned a reputation for surprising students outside of the groups with how much fun can be had without the presence of alcohol. Staff worker Mike Summerfield shared from the gospels, which was well received, and students also reported that a live dog was part of the evening’s event. 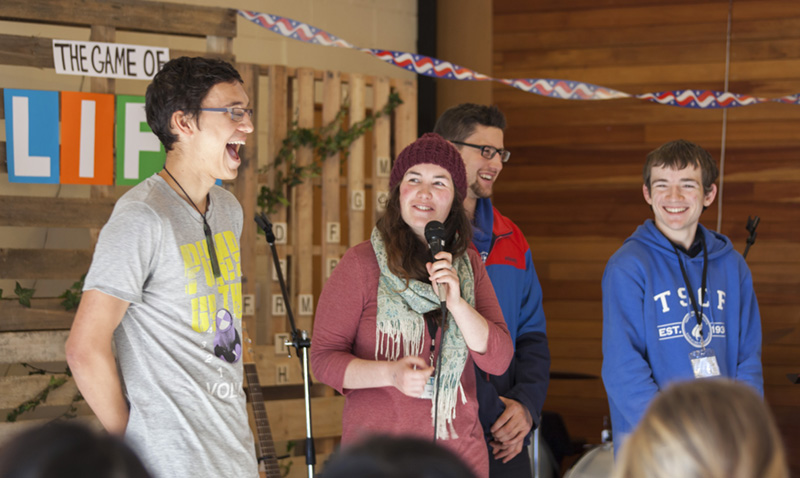 This year’s midyear conference was filled to capacity and included students from every region—including from smaller campuses—and a team of students and staff from InterVarsity in Northern California.

About 120 people spent the first week of July at Woodend Christian Camp, north of Christchurch, growing friendships, sharing winter bugs and learning from the life of Joseph.

Ruth Hicks, TSCF’s staff worker with CECE in Ecuador, brought greetings from the work there. She shares more news about CECE here.

Photos from the week are available here, and you can find out about the creative outreach that the InterVarsity team hosted when they visited Dunedin during their post-conference travels here.

Students, graduates, and supporters will have an opportunity to gather in Tauranga on 19 October. TSCF’s presence has been growing in the Bay of Plenty. Team Leader David Hodgkinson and National Director Nigel Pollock will share the latest news and ongoing vision at Tauranga Central Baptist at 7pm. Visit “events” for more details.