Teaming up with InterVarsity to reach Dunedin 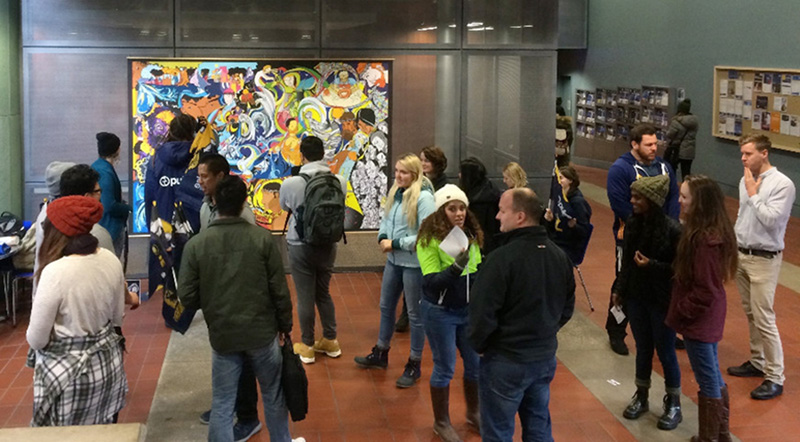 The Story Project at the University of Otago in July.

After Summit ended in early July, the team of staff and students from InterVarsity in Northern California spent a couple of weeks in Dunedin. They brought an outreach tool that they use on their campuses called “The Story Project.”

Along with TSCF students, they set up a large mural in the middle of campus that depicted seven scenes and stories about Jesus from the gospels. Then they invited passing students to have a look and share whatever stood out to them.

The combined team talked to lots of different students and took the opportunity to tell them more about Jesus, sharing stories of people who encountered him and had their lives transformed forever. Team members shared their faith with students, listened to them talk about the artwork, and prayed with some of them.

The Dunedin students were encouraged by how willing non-Christians were to engage with them and the stories displayed on the mural. Since then, people have started evangelistic Bible studies and gospel conversations with the students who they met through The Story Project.

The InterVarsity USA team at Summit.