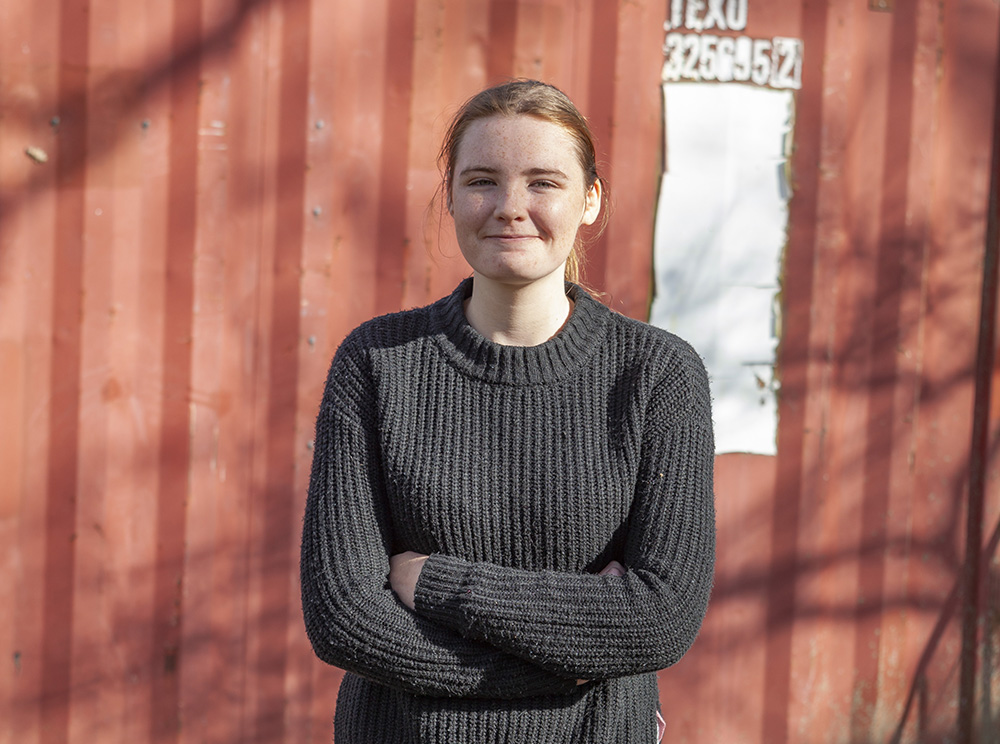 “I’m not embarrassed for people to know that I’m a Christian.”

Amy Harrison, a third year engineering student, wasn’t always bold about her faith. She became a Christian at the age of 6, when her family lived in rural Taranaki. Her family moved to Waikato, and a new church, when she was in intermediate school. There she began to understand what faith in Christ means.

“The church we went to showed me you can think about things deeply,” Amy recalled. “I became less ashamed of my faith. I started beginning to own it.”

So when Amy began studying at the University of Waikato, the quiet thinker gravitated to a group of Christian students who met to tackle tough questions. The Christian Fellowship gained a staff worker when Nick Goodwin joined the team last year, and Amy is now the group’s president.

She shows intentionality with her involvement in the group and with her study goals.

“I have a desire to make things the way they’re supposed to be,” she said. “Some of my motivation behind wanting to be an environmental engineer and being concerned with these kinds of issues is that Christianity has hope. It gives us the motivation to work for it and yet the relief that we’re not ultimately responsible for making that succeed. God can move in ways that we can’t … God will restore things to the way they’re supposed to be.”

In April an opportunity opened up for Amy to meet with like-minded people from around the Pacific, many of whom have years of experience applying their faith to environmental sciences. She spent five days at the Lausanne/WEA Creation Care Consultation Oceania in Australia, where she was joined by Otago staff worker Jen Allaway.

It was the first time going overseas alone for Amy. (“Mum was a bit concerned about me travelling by myself because I’m a bit of a scatterbrain sometimes,” she said.) Despite flight delays, she arrived in Port Stephens just in time and found a great sense of community there.

“I’m not just this one person thinking about this in isolation,” she said. “We can come together and bring our experiences, our faith, our skills and talents. We can get in touch with people who have strengths that we don’t have.”

It was an encouraging place for a young professional who is focused on finding solutions and not just describing problems.

“One of the major contributions of faith to environmental thought is that Christianity has hope, which stands in stark contrast to many, many ecologists, environmentalists, and conservation groups,” she said. “The message is death and darkness—we’re losing this and we’re losing that, we’re never going to get this back and we’re awful.

The Lausanne gathering also helped Amy see more clearly how caring for creation is a legitimate Christian concern. “Often you’re like, ‘Oh, those crazy, wacky green people,’” she said candidly. “But [care for the environment] can stand up to scrutiny from a Christian perspective. It is rooted in the Scripture—the earth is God’s.

“We should reflect God’s character, how God relates to things. We shouldn’t treat it like it’s junk.”

Amy is thinking through how she might be able to apply her skills overseas in a mission context in the future. And that process starts now with opportunities on campus and in her life in Hamilton.

“The next step I’m looking to grow in is to be more comfortable being proactive about my faith,” she said, “looking for those opportunities to evangelise and say, ‘this is what I believe.’”