The hunches we have about Christianity’s place in society have some fresh statistics to inform them. In May, the Wilberforce Foundation published Faith and Belief in New Zealand. It’s a national survey of 1,007 Kiwis and in-depth interviews with 26 focus group participants by McCrindle.

They reported that the largest segments are:
35% = no religion or spiritual belief
33% = Christian (only 9% “active practicers”)
20% = spiritual but not religious

Of the largest segment, 43% say their reason for identifying with no spiritual belief is that they “prefer a scientific and evidence-based approach.”

There it is, that common lie: Science is our source of absolute truth; faith is blind. And who wants to be the idiot going around ignoring the evidence?

We all believe in a myriad of things unseen. We trust the messages of books, websites, friends and reporters. Believing the Bible, with historical credentials that set the gold standard for ancient texts, is no great leap into fantasy. Faith in such a comprehensive worldview is tested every day by all we experience in life, and the gospel’s impact on societies past and present is not difficult to trace. This is no blind faith.

In the world of science, practitioners often report results that add to—and frequently correct or contradict—prior information. We’d like to assume that our health choices and weekend plans are informed by infallible doctors and meteorologists, but experience has proven otherwise. Far from being at odds, Christian faith and scientific enquiry have long worked together to describe and discover God’s intricate creation.

The articles and resources in this issue, linked on this page, show how thinking deeply about both faith and the world go hand in hand. As Dr Graeme Finlay points out, it’s common to find committed Christians in universities’ science departments—sometimes in higher proportions than among the general population. For those willing to see it, and even for some who once resisted seeing it, the evidence points to the Bible’s historical relevance, to the God it represents, and to a world that only he could have created.

Evidence is crucial, but we know it isn’t everything. The survey also suggests that Christians who live out their faith with consistency and kindness are the most persuasive ambassadors. “By this everyone will know that you are my disciples,” Jesus said, “if you love one another.” And those whose faith is in Jesus have found that knowing him—not simply historic facts or philosophical ideas—is the necessary first step. The best arguments in the world cannot replace this. 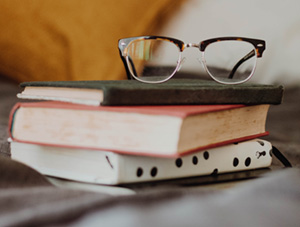 The book reviews linked here represent just a few of the many resources that address topics of faith, reason and science. We’ve compiled a more extensive list here. The list will continue to grow. Be aware that viewpoints on secondary issues do vary from source to source; unlike the Bible, they are all fallible. However if you are motivated to better understand and express the hope of the gospel in academic contexts, they will be helpful.

More details from Faith and Belief in New Zealand:

Younger generations know the least about the church

There’s a place for discussion

Half of participants said philosophical discussion and debating ideas attracts them to investigating religion, while the other half are repelled by that. The two influences most likely to prompt people to think about spiritual, religious or metaphysical topics are a death in the family and conversations with friends, neighbour or colleagues. Each influence was named by 27% of participants.

For Gen Z, the Bible’s reliability and validity is a significant issue; 35% cite this as a complete or significant block to faith. It didn’t make any other demographic’s top three.

Overall, participants were only marginally more likely to say that the Bible’s reliability was problematic (52%) than to say it was a topic which would encourage them to engage (48%).

On the topic of science and evolution, the split was similar; 53% reported that it made them less likely and 47% more likely to engage. The sentiment was stronger at the margins, however; 22% said the topic would “block completely” any engagement, while only 7% responded they would “engage completely.”

Gen Y are the most likely demographic to discuss spirituality and religion with friends “often” (16%) and “occasionally” (53%). Only 31% never discuss it, while 50% of Builders—the oldest demographic—said the same.

Many already have changed at least once, usually away from faith: 5% from nonreligious to religious, 7% to another religion, and 23% were raised religious but are no longer.

Maryanne Wardlaw is TSCF’s Communications Manager and the editor of Canvas.

Living by the book

What do we really know?

Review: The Case for Christ