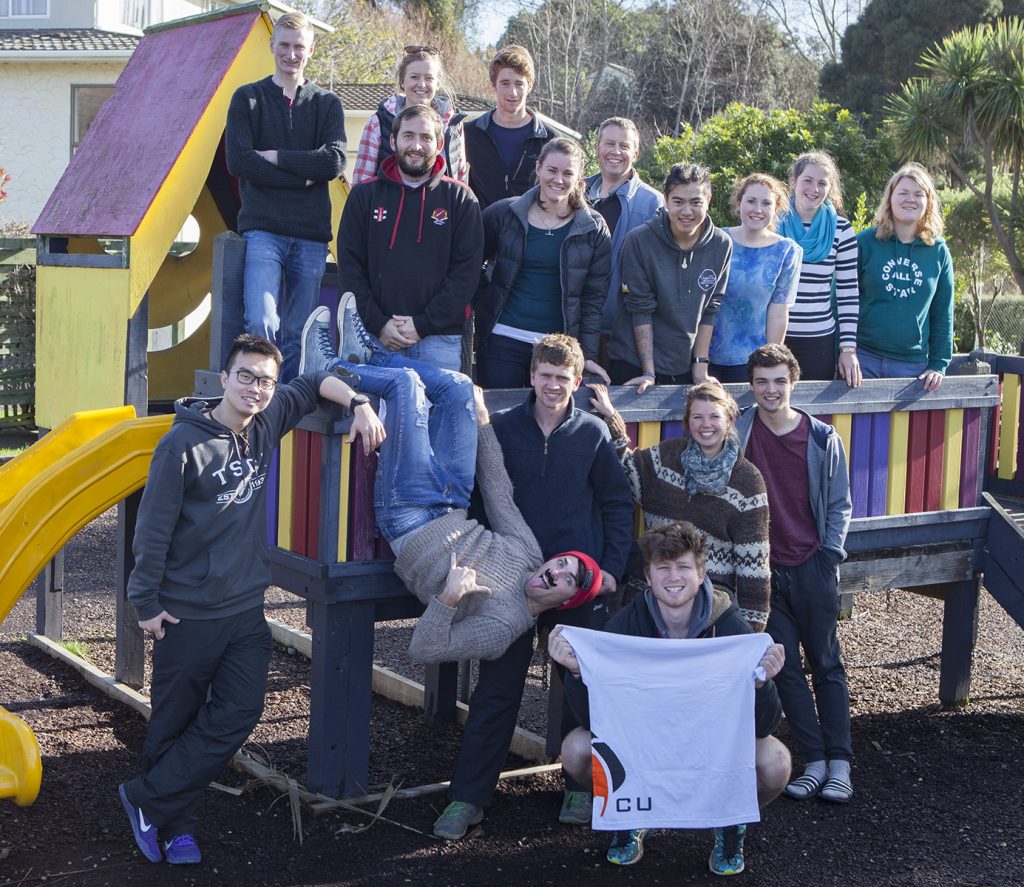 Caesar Summer, front row at the far left, with other Lincoln students and staff at the 2016 South Pacific Regional Conference in Waikanae.

Tian Xia had a plan to leave China to continue his studies. Even in high school he enjoyed learning about Western culture, so he read quite a bit about Roman history. That’s the main reason for his English name – Caesar.

“At the time, I said, ‘This guy’s quite cool,’” he explained. “He conquered a lot of places. I was a high school student, I don’t know how to choose English names.”

As a university student, he checked out the English service at a church near his apartment to get some language practice before making the move overseas. He is fairly fluent now, three years on. But for the Lincoln University student, those meetings in English were the start of a more significant journey.

“At that time I suffered from TB, so my emotion was up and down and up and down,” he recalled. “As time goes by, I feel quite peaceful in church and they invite me to join their Bible study and English corner. So we practice English and study the Bible. And I feel my soul touched by something – by the Holy Spirit and the care from those people.”

Caesar was baptized on Easter Sunday 2014. He arrived in New Zealand in 2015 and found a church that first weekend. He also became involved in Lincoln University’s Christian Fellowship, and is now in the second of three years studying a Bachelor of Agribusiness and Food Marketing.

Caesar said he has become more equipped in evangelism, and has found opportunities to reach out to people – something he discovered he enjoyed when he started serving in his church in China as a welcomer. He said that simple job changed him.
Lincoln staff worker Chris Hay has been encouraging Caesar in his leadership role at Lincoln CF, and they meet up regularly to study the Bible – most recently, Job. Here’s what Chris wrote to his supporters, to encourage them with the way Caesar’s faith has encouraged him:

The bulk of the students vacated Lincoln University at the end of October, leaving the campus very, very quiet. However a few eager beaver students always remain over summer, getting ahead on their degrees by taking summer school.

A lot of these students are internationals, and Caesar is one of them. He is from China. We met up once a week last year to study the Bible, and continued to during summer, which was great.

Caesar is actively involved in the Chinese Church at Lincoln, leading small groups, Bible studies and hosting social nights at his flat.
This summer I was finally able to attend a social night, which was incredibly encouraging for two reasons. One, I was able to meet a lot of Lincoln’s international students who are either Christians or investigating Christianity. I built good relationships with some of them and hope that those relationships continue this year.

However the biggest encouragement was seeing Caesar interact with everyone. He clearly has a heart for Jesus and for the Gospel, and for sharing that good news with internationals. He sees his particular mission field as the international students who attend Lincoln University, and sees himself as a great bridge between cultures. He gets along very well with Kiwi students, and sees that as a real strength.

I’m very thankful for students like Caesar who understand how God wants them to serve, and are faithfully doing it.