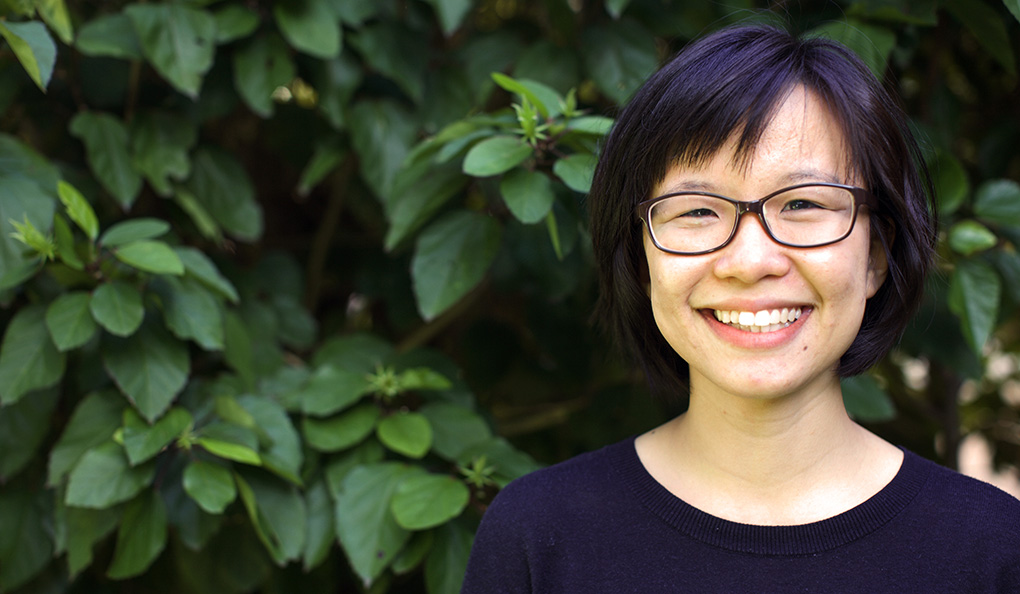 Candy Grice was a teenager when she first heard about Jesus, and that has defined the course of her life. She has a desire for young adults to hear the gospel and, once they know it, to tell others.

“My goal is to give them the confidence and experience to share the gospel,” she said “—to so know and love the gospel, that they would feel it’s something they want to share with other people. And they’re confident knowing how they can do that.”

Candy disciples students at the Auckland University of Technology City Campus CF and the Overseas Christian Fellowship at the University of Auckland. She herself has experienced what it’s like being from overseas. Candy’s family moved from Hong Kong to Australia when she was 10, and she has been in New Zealand just over a year.

Candy’s first contact with church was “a bit of an accident—or God’s planning,” she said. Her sister had been invited to church by someone going through a “church phase,” and through that became a believer and a regular at that church. As it happened, Candy had a weekly appointment nearby before the service, and her sister was her best option for a lift home. So, for practical reasons, Candy began attending church too.

“I thought it didn’t make sense, and I thought it was kind of boring,” she recalled. “But then I read the Bible.” She soon realised that her assumptions about Christianity had been entirely wrong.

“The Bible’s very countercultural, and it’s pretty shocking for most people—even if you think you know it,” she said. “It isn’t what you think it is. Jesus isn’t who you think he is. He’s not some friendly do-gooder who just wants you to be a good person.”

After 6 months of attending church and reading Scripture, she realised that she knew all she needed to make a call, and that if she didn’t accept it on the basis of that, then she was saying “no” to the gospel. But she didn’t want to reject Jesus.

“I realised I need to trust him, I need to wait to see what happens after I trust him rather than try to secure everything before I do.”

She studied commerce and science at the University of Sydney, where she was part of the Chinese Christian Fellowship on campus.

Her first career was in banking, before God led her back into student ministry. In 2012, Candy became an apprentice at her Sydney church and was seconded to start an AFES group in Parramatta.

After that, she studied at a Bible college in Australia and became part of a Cantonese university church. At college, she met Lachlan. The couple married in 2017 and left Australia when Lachlan became a pastor at Auckland EV church.

Candy also serves at their church, discipling apprentices and supporting Lachlan in his role encouraging missions engagement and growth in the faith.

“I love student ministry,” Candy said. “I want to get to know people from different churches, and equip them to serve and grow and be a part of their local church.”