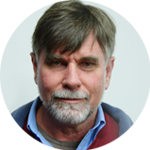 TSCF board vice chairperson Dennis Fountain was a student leader in NZ around the time that Billy was a student in India. He shares his memories of how students in NZ began supporting theological education for their counterparts in UESI.

After Bruce Nicholls went to India in the mid-1950s to teach at Yeotmal with BMMF/Interserve, he recommended that NZ students sponsor students at Union Biblical Seminary at Yeotmal (now in Pune) for their theological studies. He himself had been an early staff member of TSCF (then called InterVarsity Fellowship).

TSCF ties with UBS were also strengthened through Ian and Elizabeth Kemp. Ian was another early staff member, and he also taught at UBS for many years.

The scholarships were provided through UESI, the Union of Evangelical Students of India. Many graduates completed BDs and not a few later became UESI staff members.

Each year, student groups in NZ committed to raise a certain amount of money for the South East Asia Fund. For some 50 years TSCF had this ongoing and influential relationship.

When I was working in India with UESI, I met a staff worker named C.S. Dutt. He had received one of these scholarships in 1969, which was the year I was president at Victoria CU. We had asked that our SEA contributions support these scholarships. He and I became good friends. Dutt said that when he was receiving the scholarship he could live on much less, so he chose to split his scholarship with another student. The last I heard, C.S. Dutt had become a missionary to the Middle East.

Student groups would raise money by mowing lawns, having working bees and in other ways. Ariadne, my wife, was on Waikato University’s Student Union Executive in the early stages of the university. In the late 1960s, the executive was asked what they should do about cleaning the cafeteria. Ariadne suggested to the Christian fellowship that they contract for the task. For many years they raised money through this contract.

Dennis and Ariadne’s involvement with TSCF and UESI has been lifelong. They taught at the UESI Bible Study Centre at Kotagiri in the 1970s and have visited it as recently as 2016. With TSCF, they faithfully volunteer behind the scenes.

TSCF’s student groups still raise funds for students in IFES sister movements to study or attend conferences. The annual pledges support the work in India as well as PSFC in the South Pacific and CECE in Ecuador—all of which share long-term, personal connections with TSCF.