I slipped into the back row. A few students were scattered around the room. This man was moving among them, an open Bible in his hands, working his way through Habakkuk 1 with such a warmth, an urgency, a gentleness, and an accuracy. Unforgettable.

From that day this man, Billy, and I have become friends. We have collaborated on three annual week long seminars on preaching for UESI staff and graduates in Kotagiri, Indore, and Hyderabad. (UESI is the IFES student movement in India.) This year we plan to be in Mumbai together doing it all again. We have discovered a rhythm together. I do the training, he provides me with shining examples of biblical preaching in his devotions each morning, to which I refer frequently.

Billy Rajaratnem was born the year after the momentous Billy Graham meetings in India in 1955. He is named after the famous evangelist and his cousin, born the same year, is named Graham. After a strong Christian upbringing, Billy drifted away from Christ during his first two years at university. Then he was drawn to some meetings with the Weeping Prophet of India, Augustine Salins, where he was “touched miraculously by Christ.” He joined a UESI group on campus and was with UESI until he retired in May 2017.

In the midst of a commerce degree Billy experienced the call of God into “full-time ministry.” On the same day, he received two invitations—one to be involved in rural evangelistic ministry, and the other for campus-based student work. He took both letters to the altar of his church, praying and weeping through the night. He was an insecure young man with poor self esteem and no money. This was a battle. Through that long night God enabled him to decide for student work and to depend on God for all his financial needs.

Billy applied to UESI for a sponsorship to attend the Union Biblical Seminary (UBS), and they said yes. The full sponsorship was provided through gifts from students in either Australia, with AFES, or New Zealand, with TSCF. (We have not been able to confirm which country it was, but you can read Dennis Fountain’s account of TSCF’s support for UESI students during this time here.) This period of study gave Billy the theological foundations which enabled him to be counter-cultural, starting with taking a stand against the caste system and against receiving a dowry from the family of his bride, Persis.

He wanted to be a missionary to the Andaman Islands, but it was a lifetime in UESI that beckoned for Billy and Persis. State-based roles like leading the work in Tamil Nadu were mixed with strategic national leadership roles in missions and then in administration. On the day when we first met, Billy was in his final chapter with UESI, overseeing their Study Centre in Kotagiri. He stumbled into teaching preaching as recently as 2012, when the teacher assigned to the module at the centre was unable to come at the last minute.

As Billy remembers, “I was always known as the ‘missions-man’ in UESI, but now I am also known as the ‘preaching-man.’” In his retirement, opportunities are opening up. Increasingly, Billy finds himself mentoring others in preaching. He has been invited to be a trainer with Langham Preaching as they look to commence a work among Tamil speakers. My own role has been minimal. “My dear and loving brother,” as he starts his letters to me, “you affirmed that what I am doing with my preaching is right and that has given me greater confidence.”

Two generations ago, a bunch of resource-poor tertiary students “Down Under” contributed their coins to support a young UESI man they didn’t know and would never meet. But under God’s hand, the dividends from that investment are immense and still growing.

I thank the dear brothers and sisters in TSCF and AFES for your love and concern towards the development of the servants of God in India through UESI. Only eternity will reveal the reward of your sacrificial giving. My “dear and loving brother,” Billy. 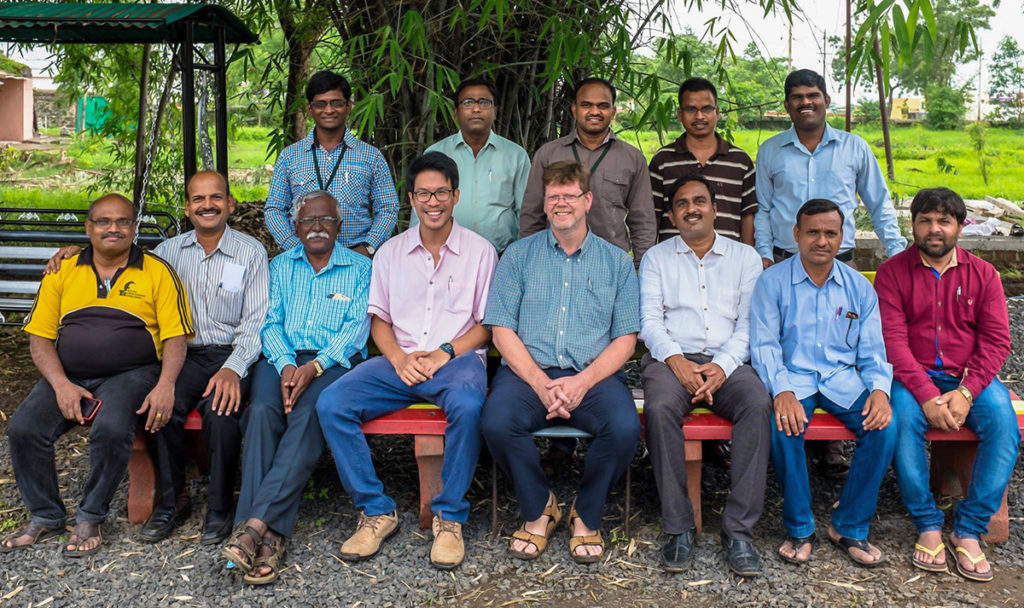 Paul Windsor is the International Programme Director for Langham Preaching, based in India. He is a former TSCF student leader, board member and president.