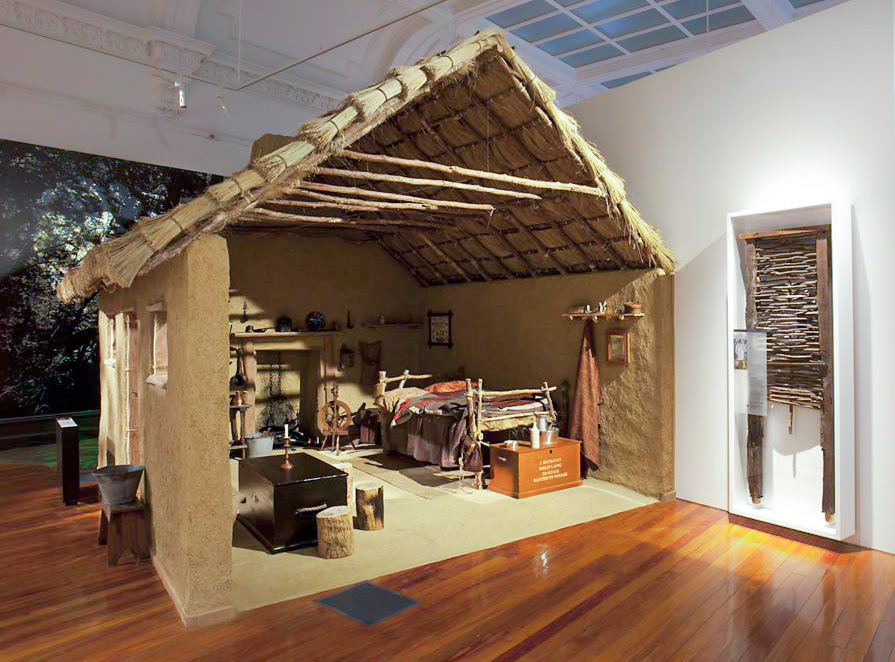 The settlers’ cottage at Toitu.

We have both the freedom to worship God, and his word to guide our lives and worship. Knowing how these priceless gifts reached us can help us—with God’s help—pass them on.

In the centre of the city of Dunedin is a museum called Toitū. In the centre of that museum is one of my favourite places in the city. A mud cottage sits next to a painting. The cottage is sparsely furnished with hand-made items that largely comprise sticks tied together with string. The painting shows 457 Scots sitting in an Edinburgh hall, neatly summing up both the story behind the settlement of Dunedin and the cost of religious freedom won in the Reformation.

But our story must begin in a much, much grander room, many years before. On the afternoon of 18 April 1521, Martin Luther appeared before Charles V, the Holy Roman Emperor, at the court assembled for what is now commonly known as the Diet of Worms (pronounced “dee-at of verm”). They had summoned him to recant what he had written in his books. In front of a crowded room, he refused to do so. Instead, he chose to exert the right of every individual to have their conscience shaped directly from God’s word, even when that was at odds with the proclamation of truth passed down by church and state. In his own famous words (translated into English), “My conscience is a prisoner of God’s word. I cannot and will not recant, for to disobey one’s conscience is neither just nor safe. God help me. Amen.”

Luther had effectively signed his own death warrant with those words and immediately escaped into exile in Wartburg Castle. Many others who dared to follow in his footsteps suffered similarly, and worse. Luther’s stand before the church and Emperor was a fight for religious freedom, a fight to allow the word of God to be heard by each and every individual.

To get us to a mud cottage in Dunedin, we must skip 322 years and 1,038 kilometres. There we find ourselves in Edinburgh at a meeting where the Free Church of Scotland was formed. It is a far less grand hall than where we left Luther. Large and with exposed beams, it is packed full of 1500 dissenters. They have just walked out of the General Assembly of the Church of Scotland on 18 May 1843.

They were opposed to the system of patronage, where a wealthy landowner had the right to install a minister of their choosing into a parish church on their land. The Scottish evangelicals opposed this practice on the grounds that it interfered with the right of a congregation to call its own minister, and amounted to state interference in the spiritual freedom of the church. The Great Disruption of 1843 had been a long time in coming, but—as in Luther’s day—finally a group of ministers were prepared to stand up to state and church and express their right to free religion.

And, as with Luther, the consequences were harsh. They immediately gave up their salaries, homes and church buildings to start an entirely new denomination from scratch. These homes had been the places where ministers had lived for decades and raised many children. These churches were where families had been baptised, married and buried for centuries.

Inspired by Luther, formed by John Knox and led by Thomas Chalmers, the dissenters prized religious freedom over personal comfort, and treasured the ability to freely and faithfully serve Jesus as the sole Lord of the Church. The painting in Toitū is a print of one painted painstakingly over 23 years by David Octavius Hill, showing some of the participants at the First General Assembly of the Free Church of Scotland.

This nearly gets us to our mud cottage. The jump across the oceans from Edinburgh to Dunedin came fairly soon after the establishment of the Free Church. Thomas Burns and William Cargill organised a settlement in the area known to Māori as Ōtepoti. They dreamed of a free kirk where they could enjoy religion in the absence of state interference.

In 1848 a group of 344 pioneers travelled aboard the ships John Wickliffe and Philip Laing, and arrived in what is now known as Port Chalmers. Their great dream of religious freedom was about to cost more than ever.

So we finally arrive at our mud cottage. It is a replica of one constructed by John Buchanan, a passenger of the Philip Laing, for his wife Margaret and two daughters. They lived without glass in the windows, on beds made of sticks, in the damp bush, in an area called “Squatters Gully, Mud-edin.”

For me, this model brings home the cost for some people of declaring that Christ alone is Lord of the Church. It forces me to hold “good for them” in one hand as I hold “God help them” in the other. It makes me grateful that God raised up people of conviction who sought to follow where scripture led their conscience, regardless of the cost.

It then challenges me in my situation. I have inherited (without cost to myself) a place in a church where I am free to follow the Bible and form my own mind within that community. I visit Toitū to remind me that I stand on the shoulders of giants, and to challenge me afresh not to squander what has been handed to me.
In church and student ministry we are called to live as faithful stewards of truth. We must be vigilant to ensure that we do not give up the freedom to be shaped by scripture—either deliberately or inadvertently—in order to avoid personal cost.

There are many groups, parties, and ideologies that claim some right to Christian support, both in New Zealand and abroad. The spirit of our times also puts pressure on us to conform our thinking. But we have inherited a tradition of basing our spiritual growth on the very word of God. There may well come a day when we or our descendents once again leave buildings and homes in defiance of heteronomy in order to remain faithful to Christ’s calling to be Church.

As we pause this year and consider the place of the Reformation in our modern lives, will you join me in praying, “God help us.”

Mike Summerfield is a staff worker at Otago University and Pastor of Roslyn Baptist Church.