Home > Canvas > News > The Sanctuary: An oasis of prayer

The Sanctuary: An oasis of prayer

In the midst of a hot, dry summer, in the middle of a hot, dry basin at Mystery Creek, 5,000 people gathered together from across Aotearoa for four days of music, community, art and glorious Waikato sunshine.

At Festival One, the Main Stage, a grand feature the height of a four-storey building, drew the crowd in from their tents, with local and international artists moving, dancing and singing their way across. Just around the corner, perched upon a small lake surrounded by trees and complete with lily pads was a floating pontoon, the Market Stage, hosting folk, bluegrass and acoustic sets. Further on, from inside one of the large warehouses, the bass rang out as Rapture Ruckus played with all their strength for their last performance ever.

In amongst the music, tents, laughter and crowds gathered together, was the Sanctuary – a quiet place to think, pray, reflect and engage with the ways God was speaking throughout the festival. Creativity is inspiring, and the Sanctuary, put together by TSCF staff and students, helped festival-goers over the long weekend to creatively engage their minds, their hearts and their hands.

The Sanctuary reflected the theme for the festival of “Hope now, and hope for the future”, asking the questions: “Where does our hope come from? Where is hope visible around me now? Where does hope exist for me and this world in the future?” Rather than providing the answers from the beginning, people were encouraged to sit with these questions themselves, to pray through them and to find answers within the Bible. Prayer stations throughout the Sanctuary helped shape those prayers, as people prayed for their communities, their nation and the world.

Stations were set up along the way to help people pray in ways that were perhaps different from those in which they were used to praying. One of these stations was a large nailed outline of New Zealand. Festival-goers picked up a piece of wool and threaded it through the nails. As they threaded, they prayed for the people and places that the wool crossed, weaving together their prayers for the nation. Across the weekend the volume of wool grew thicker and thicker as thousands of prayers wove their way right from Cape Reinga all the way to Stewart Island, through every region, town and city. One young boy wandering through the Sanctuary with his mum was keen to point out he had prayed for Christchurch. Young, old and everyone in between, the Sanctuary showed that prayer is accessible for all, that God our Father is accessible for all.

It wasn’t just the prayers of people over the weekend that were significant. In the lead-up to the festival, we prayed that through the Sanctuary people would be refreshed in their relationship with God, form new ways to engage with him and that people may come to know God personally, perhaps for the first time. Prayer over the last six years of Festival One has fuelled, grown and sustained the Sanctuary, and those who have passed through its doors.

As I reflect on Festival One, and a time of starting the year in prayer together with people of all ages from across the nation, I am reminded of the gift of grace we have in Jesus to approach our Heavenly Father: “For we do not have a high priest who is unable to empathise with our weaknesses, but we have one who has been tempted in every way, just as we are – yet he did not sin. Let us then approach God’s throne of grace with confidence, so that we may receive mercy and find grace to help us in our time of need.” (Hebrews 4:15–16) 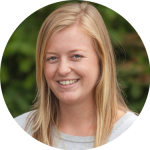