Technology and discipleship: Evolution or extinction? 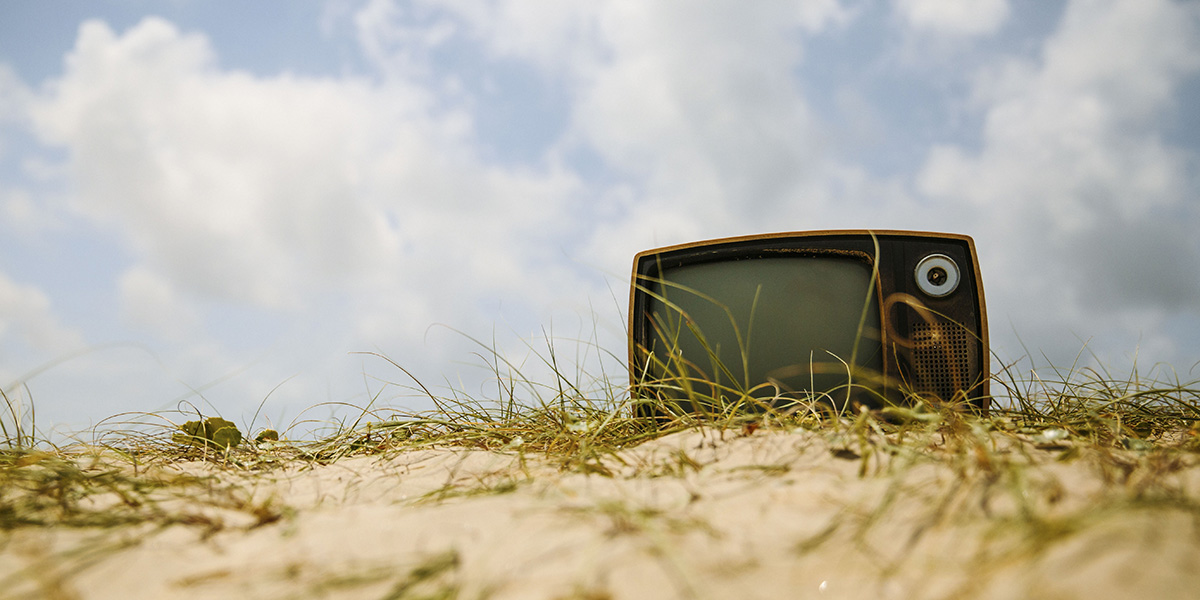 I like technology. I grew up in a generation where science fiction became mainstream. Captain Kirk and Luke Skywalker were my friends, but the gap between what was available to them and me was centuries apart. They travelled in the Starship Enterprise and the Millennium Falcon; I went on a double decker bus and a Triumph 1500. The Empire had access to a flying 74-Z Speeder Bike; I yearned for a Raleigh Chopper. The Federation used hand-held communicators to signal their intention to beam up. I had access to a telephone, bolted to the hall wall, with a dial that took longer to return from the number nine than it took Kirk and Spock to materialise on a new planet.

But during my lifetime the gap has closed. I had a pager before my first mobile phone, which was the size of a house brick. Today, my Samsung Galaxy has more computing power than what it took to put the first Apollo astronauts on the moon. Kirk had an early version of Facebook called Captains Log, but there was no way to “like” or “share” his status updates. The technology I have access to today is fantastic. So it pains me to say anything critical about it, and most of my friends are the same. Wikipedia delivers more than the Encyclopaedia Britannica was ever able to. While we are able to understand the concerns about playing Call of Duty or Grand Theft Auto for days on end, we remember Pong and Pac-Man and look at today’s games with a little envy and awe.

But the uncomfortable truth is that all this wonderful technology is not just changing how we live, it is shaping who we are. And not always for the better. This is more pronounced for those “digital natives” who have grown up connected and are wired differently from the “digital evolutionaries” whose relationship with technology has changed over time. The evolutionaries accept there might be potential problems but they have some immunity; the natives don’t see that there could be any problems. This leads to a lack of critical thinking about our use of technology. So here are a few concerns that I am mostly in denial about.

1. THE ALWAYS “ON” NATURE OF OUR CONNECTION TO THE WORLD.

The news, our interests and our community of friends are always on tap, mixed with a heavy cocktail of the interesting and the esoteric. This constant buzz can drive out the sound of silence. Time and space for reflection, recreation and renewal is easily squeezed. Creativity and imagination are shaped and channelled through a particular lens. This seeing so much yet hearing so little can blunt our creative edge. Although we know that God is always with us, his still, small voice often seems to be on a different frequency to that which we have become attuned.

2. THE WAY RELATIONSHIPS ARE SHAPED.

It is great that we can be in touch with a variety of friends unhindered by geographical limitations. But this network can prevent us from ever being fully present with physical friends. I don’t like the idea of “real life” because everything we experience, whether in the flesh or online, is real. But there is a danger that we sacrifice quality relationships for quantity.

We need relationships of quality and depth if we are to grow and mature. This involves learning to listen as well as broadcast, to converse as well as tweet, to resolve conflict rather than “unfriending,” and to see our primary place of engagement as where we are. God did not send a status update, he sent his son. The challenge of authentic incarnation must not be eroded by the tide of superficiality.

In the movie Waves, which charts the lives of a number of international students in Wellington, one of the characters keeps her watch on “Beijing time.” Her friends in New Zealand consider her quiet and reserved but in Beijing she is the life and soul of the party. Most of her emotional energy while she is in Wellington is expended maintaining relationships in China rather than developing new friendships locally. This is a tension that we see all students facing as we seek to build community on campus.

3. THE NATURE OF GAMING, NEWS FEEDS AND UPDATES FROM FRIENDS CAN BE ADDICTIVE.

I was talking to a student recently who confessed he would never go anywhere that didn’t have free, high speed Wi-Fi. The opportunity to connect can easily become behaviour that we cannot control. There is nothing inherently wrong with Candy Crush but it was intended to be a game, not a lifestyle. The amount of time and energy that things of limited value can consume needs to be monitored. Technology should serve us, not the reverse. We can also become addicted to having the latest and best hardware at our disposal.

4. OUR USE OF TECHNOLOGY HAS A PHYSICAL IMPACT.

Sleep is disrupted by looking at screens before bedtime, and eyesight is deteriorating with technology almost certainly a contributing factor. Many schools now have a BYOD (bring your own device) expectation, and the obvious educational benefits are offset by empty playgrounds as children sit in corridors playing games and sharing YouTube clips.

5. TECHNOLOGY PUTS US AT THE CENTRE OF THE ACTION.

In a game, you are in control of what happens. Within that game world there are challenges and resolution, which can be achieved through practice with no negative consequences. This does not reflect the rest of life. Research indicates that young men who are native gamers find it difficult to adapt to situations in family, school and work where they encounter things beyond their control. The same study identified a generation of young men growing up whose experience of sexuality on the internet is leaving them disappointed and frustrated with the real thing.

The answer to these issues is not to say, “everything is fine but in moderation.” We need to work out how we worship, do discipleship, reach out to those who are not yet Christians and participate in God’s global mission in this brave new world. We need to be realistic about the issues that technology continues to create for church and society. It has opened massive opportunities in the way that we engage as well, but there is a downside that we need to talk about.

We could do this online but perhaps we need to start by putting aside our devices occasionally and talking at dinner or over coffee or in our small groups. We need thoughtful application of the Bible here as in every area of life.

I don’t want to sound like a Luddite. I like technology. But there are times I wish for that old future option: “Beam me up, Scottie.” And if you’re a digital native who has no idea who Scottie is, Google him. Google is great!

Nigel Pollock is President of InterVarsity Canada, and former National Director of TSCF (2006–2018).