Rosie Sim’s introduction to student ministry came through her now-husband and Dunedin staff worker Simon Sim. However stepping into the role of staff worker herself, nearly two years after their marriage, has been 25 years in the making.

She came to faith early in life, growing up in a Christian family and in a church community. But Rosie said that she struggled to own a faith that at times felt more like an inheritance than a relationship.

“Thankfully, I was surrounded by people who helped me express my doubts, worked through my questions, shared my burdens and pointed me back to Jesus when other options and interests seemed so much more appealing,” Rosie said.

“I want to be that person for students coming to Dunedin, whether they are like me, figuring out what a practical and personal faith looks like in the ‘real world,’ or if they are still in need of that first introduction to Jesus.”

Rosie was born in Dunedin wants to prove to new students that it isn’t “just some grungy student town” but a place to learn, grow and connect. And also—“a place for some pretty awesome cafes, beaches and bush tracks.”

As a registered nurse, Rosie will continue to work two days a week in Dunedin Hospital. Rosie and Simon have joined James and Jen Allaway living in The Quarters, TSCF’s student community of four adjoining houses. The opportunities there for hospitality and late-night chats particularly appeal to Rosie.

She and Simon share an interest in stories, whether in book, movie or video game form: “It comes in handy when connecting not just to students with pop culture references but to the greater story of the gospel,” Rosie said.

Nigel Pollock, TSCF’s National Director, has been reunited with one of his first Personal Assistants. Sarah Stark worked with Nigel and as TSCF’s Communications Manager in 2006. Since then, she and her husband have had three children.

At the end of 2017, the TSCF team farewelled Shani Vaughan-Broome after two years in the PA role and this summer Sarah has stepped back into it.

“She clearly feels that ten years of childcare have added value in preparing her for working with me again,” Nigel said.
“I’m thrilled to be serving TSCF again,” Sarah said. “I firmly believe in the truth of the gospel and in the importance of nurturing and growing communities of faith. I love that this is at the heart of what TSCF is about.”

Sarah’s first connection with TSCF was as an English and linguistics student at Otago University. 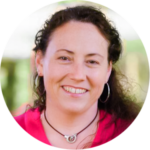 The international American came to New Zealand in 2011 when she married Bruce, a Kiwi widower with four children. She has been involved in mentoring students from Capernwray Bible School, and prior to living in New Zealand worked in ministry full time.

Nadine recalls hearing the words “You do it!” when, as a student, she cried out to God to send someone to her university in 1992 to support students and lead them in studying the Bible.

“As a relatively new Christian, I was hungry for God and saw a great need. The Lord called me to meet that need,” she said.
That ministry is continuing all these years later. In 2000 Nadine pioneered a university group for a church in Venezuela, then worked with Students For Christ in Spain from 2001 to 2011.

“My passion is to see students come to Christ, grow in the Lord and fulfill the call he has on their futures,” she said.