Living the story of Christ 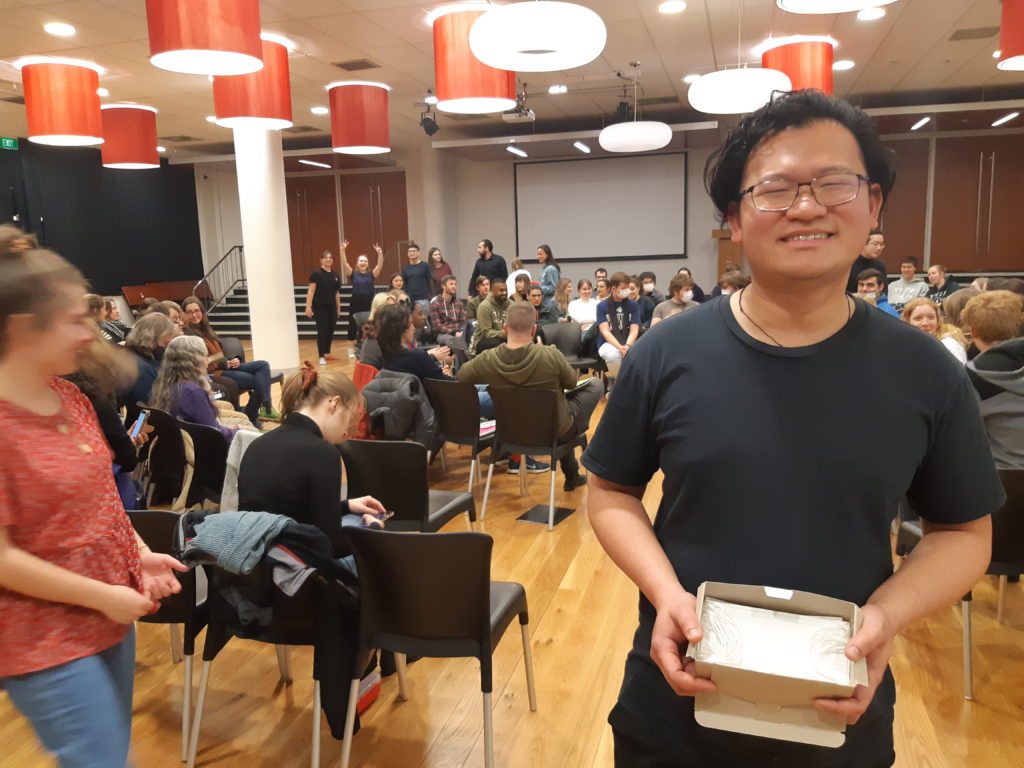 The Mark Drama is a 90-minute immersive, interactive performance of the story of Jesus found in Mark’s gospel. Over three nights from 15–17 August, a cast of 15 people from different churches and Christian groups in Dunedin shared the story of Jesus through this evangelistic outreach. Across three performances, we had around 200 people attend (including the cast). We were really encouraged that the best turnout was on the final performance on campus – where under Alert Level 2 we maxed out at 100 people!

In a year where many things did not happen, we are grateful that the Mark Drama could take place. We experienced God at work through the way many things came together for the outreach. We were grateful that under the Government restrictions we could still go ahead (albeit with contact tracing, physical distancing and limited numbers). We were excited that the cast would be able to tell the story of Jesus, and be transformed themselves by the story they were inhabiting. We were hopeful for the people who would invite their non-Christian friends, and prayed that they too would be transformed by the experience. Most of all, we were thankful for the opportunity we had for True Witness to continue in the midst of the COVID-19 crisis. Here are some of the stories from students on the cast:

Signing up for the Mark Drama was way out of my comfort zone! Yet, what started out as a hesitant decision became one of gratitude and delight. Acting in the Mark Drama was so rewarding – seeing each person tuned into the Word of God was a powerful thing. What impacted me most was that gathering together with Jesus both in the gospel of Mark, and still today, leaves us changed and renewed. The gospel story is very much alive and calls to all people! Being part of the story of Christ has rooted Mark’s gospel within us, and I now see the wideness and graciousness of Jesus’ love, even for an unbelieving generation (Mark 9:17-27). ~ Breezy Finlay

Acting in the Mark drama challenges both your ability to act and your understanding of the gospel stories you may have heard repeatedly at church. The biggest impact was the humility God granted me. It helped me forget about what people see in me when I am up there performing, and to focus on presenting The Story of Jesus that is capable of transforming lives. I believe God’s Word is living, but seeing it acted has made it a lot more alive. I have learned to place my faith in God, regardless of the situation I am in. ~ Majd Aldawahrah

This opportunity to share the story of Jesus in a creative way was amazing. It was so encouraging to see so many people wanting to engage with the gospel. What I found most impactful was first acting out the scenes where you’ve been chasing Jesus, being healed by him and witnessing these miracles; then you become the ones condemning him to die. It was quite confronting to be the ones both praising and crucifying Jesus. I have studied the gospels with various groups before, but the Mark Drama allowed me to feel a personal connection with the people and to discover more about the character of Jesus. What I want to take away from this experience is the attitude that sharing the gospel can be fresh and exciting. ~ Esther Williams

Acting in the Mark Drama [for the third time] was a wonderful experience. I grew a lot in my faith as I prepared. Learning every word Jesus says in Mark has allowed me to see the repetition and emphasis like never before. The patience Jesus has for his disciples as well as his unending compassion for everyone he meets is remarkable. This, of course, meant acting this part was a huge challenge. Especially so when trying to convey his rich emotions: to be so furious with the teachers of the law for their blindness while also pitying them that they missed the whole point of following God. Going forward, I’d love to remember all of the words of Jesus I have learned. I now regularly hear a phrase that reminds me of something Jesus said, and it brings me joy to hear his teaching wherever I am.
~ Jamie Payton (acted as Jesus)

By living the story of Christ in Mark’s gospel, we see God at work literally, as the life, teaching and ministry of Jesus is re-enacted right before our eyes, reminding us of who he is and what he came to do. We saw God at work impacting the lives of the students who participated, having immersed themselves in Mark’s gospel, discovering more about Jesus. We also saw God at work through the stories we heard of people discovering who Jesus is for themselves, some for the first time, as they witnessed his life, death and resurrection through the Mark Drama. 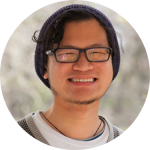