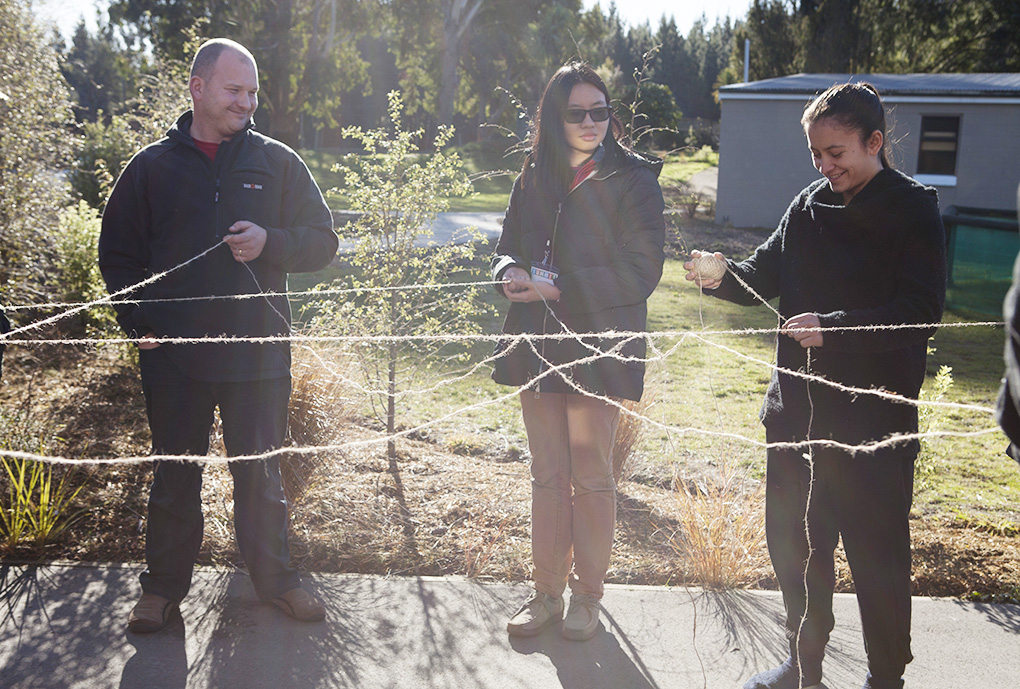 Mike Summerfield, left, gets creative with students at Summit 2017.

Mike Summerfield and his wife, Michelle, have a long history with TSCF. In the 1990s Michelle served as president of Otago’s Varsity Christian Fellowship. Mike and I first met in 2011, when they returned to Dunedin from the UK for Mike to complete his degree in theology at Otago. He was nominated president of VCF, and without his service we would not have been able to restart the group. In the final year of his degree he went on to serve as a volunteer, and on graduating, became a part-time regional staff member in 2013.

Over the years, Mike has served alongside different student groups, bringing his medical research background to bear on his work with medical students and leading Bible studies for the Lawyers Christian Fellowship, which he helped pioneer.

As well as being a scientist, Mike has a creative streak. He expressed that in various ways from home brewing to art. At the latest Summit conference, Mike had students smash a number of plates and then used the broken pieces to create a mosaic of one of the symbols that Christians have used to represent the Trinity. The goal was to give the students a physical example of how, by his grace, God can use the brokenness in our lives to produce something that is beautiful and that points to him.

While working on staff, Mike has also served as the pastor of Roslyn Baptist. He is now going to give more of his energy to the work in that congregation and in service to the wider region as the chair of the executive committee for the Otago and Southland Baptist Association.

Mike and Michelle returned to New Zealand because they were called by God to serve the church here. So while we are sad that Mike’s time on staff ends this year and will miss his unique blend of gifts and skills, we’re glad that they’ll continue to be friends of TSCF locally. We look forward to seeing what God will do in and through their family as they direct their focus towards the Baptist church.