Graeme Finlay’s two passions are not, as new atheists would have us believe, mutually exclusive. He is a respected academic with a PhD in cell biology. He is also a Christian who has completed theological study and written a book dealing with, among other things, the historical foundations for Christianity.

Graeme has been teaching scientific pathology at the University of Auckland since 2000 and has spent four decades working in cancer research.

Here he shares a scientist’s perspective on the evidence for a Christian faith. 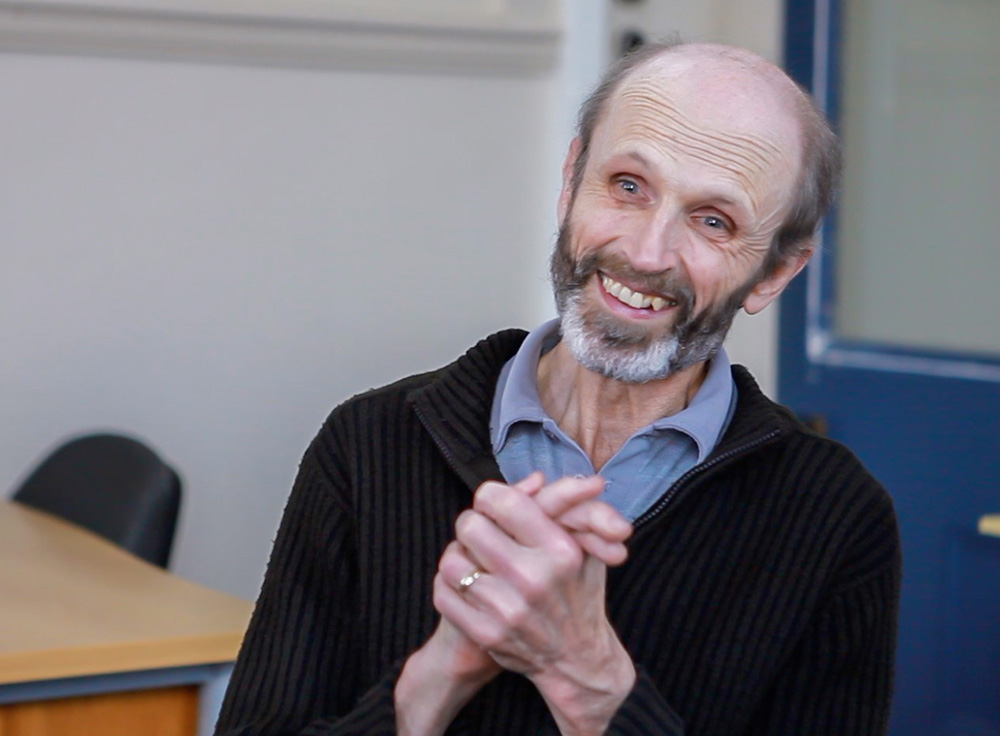 How did you come to believe in Jesus?

I had the good fortune of having Christian parents. I was able to observe first-hand what I feel was an authentic Christian faith. Obviously Christianity is a difficult word, because a lot of it is authentic and it goes through to a lot of things that I don’t want to associate with it particularly. I’d rather use “christian” with a small “c,” which means it’s an adjective pertaining to Jesus the Messiah, Jesus the Christ, in his work and his death and his resurrection and his ethical demands.

As I grew up, I had many opportunities to learn of other approaches to living. But the key thing is day after day, as an adult, I have seen that following Jesus is the best way to live. It’s not becoming a Christian that was, to me, my great crisis, but the daily crisis of following Jesus amidst the myriad alternative voices that we hear.

When you went to university, were there points of conflict with your lecturers or other students?

There were a few lecturers who ridiculed Christian faith. I remember one of my zoology professors speaking of the sweep of evolution up to the evolution of God. And I found that irritating, but not a challenge, because I felt he was ignorant. Because I found that for me as a Christian, we are taken by surprise when we encounter God. And so much good scientific work, scientific discoveries, takes us by surprise—“I didn’t expect that!” It’s not of my making.

I feel like it’s that with our knowledge of God, too. It takes us by surprise. The Trinity is not of our making. People often say we make god in our image. But the God of Jesus, who comes to us in weakness, who comes to us in the cross, totally takes us by surprise. And therefore I felt this is authentic, this is not of my making. My mindset as a scientist and my mindset as a Christian were really one of a piece. We stumble upon reality, we don’t make it.

What helps undo assumptions that Christianity is conflicted?

The first thing is that science is a Christian way of thinking. The likes of Dawkins loudly proclaim their love of the Greeks, the rationality of the Greeks, as opposed to the “blind faith” of the Christians. It’s not like that. If you love the Greeks you’ve got to love their astrology, their fortune telling. Dawkins loathes the Hebrews for their animal sacrifices, but the Greeks and the Romans had their sacrifices, their temples adorned every corner.

The only difference is that Hebrew sacrifice was dealing with the issue of sin, and with Christians sacrifice has ended. God himself provided the Lamb, who was Jesus.

If you look at biblical faith, God is a God of faithfulness. He is peerless, he never had to fight against other gods. He is consistent. The consistency of God underlies natural law, because God is faithful, he doesn’t change. Therefore his laws won’t change. In so many ways, the biblical viewpoint underlies the possibility of science.

How does the Bible stack up as a historical record?

Biblical religion is different. Biblical religion is an interpretation of history. The Jews in the Old Testament interpreted their history, the formation of their nation, the giving of the law, the blessings when they were obedient to the covenant, the curses when they were disobedient to the covenant. They just looked at their history all the time.

And the amazing thing is when they were expelled from their land and taken to Babylon, that’s the ultimate disaster. But it strengthened their faith because they interpreted their history and said, “This is a result of infidelity.”

And the first Christians were like that. They interpreted their history, they interpreted what they saw of Jesus the Messiah. His death should have been the end of the movement but there was something that, following his death, gave them the confidence that they were proclaiming an actual event in history. Of course, that was the resurrection.

How well are Christians represented in academia?

There are so many Christians around. In the cancer lab, I can think of 8 or 10 of us who are PhD Christians, and that’s out of 60 or 70. So we are better represented than in the general population.

So the impression that it’d be tough to be a scientist and a Christian …?

I don’t find that. In some departments it might be harder than others, there aren’t so many Christians in physics or in biology, at least in Auckland, but certainly in the medical school there are Christians at all levels.

For Christians who come with their mind open, who adhere strongly to their faith, there is no reason to backtrack on the central elements of their faith. Certainly some of the peripheral things may need to be critiqued, but that’s natural at university.

Was Jesus a real person? Of course. Did he die? Absolutely. The first generation of Christians insisted that he had risen from the dead. Can we allow for the resurrection in a scientific and Christian worldview? Yes, if you believe in a Creator God.

Which way do you see the trends going as far as science and faith?

There is a tremendous amount of wonderful scholarship these days. And there are so many journals reflecting on the science-theology interface. There used to be two or three, but now there are many that are, in a scholarly way, investigating the interaction between Christianity and science.

I worry a little more at the popular level. There are unsaid pressures that are silencing Christians a little. There seems to be a little more antipathy now in some quarters—not in all.

I think back to when I was a student, and Evangelical Union was very open and very public. Although I was never deeply involved in it, I’d go to a lunchtime meeting where there were perhaps 100 students and top people like E.M. Blaiklock would speak. TSCF now seems to be less obvious.

When I look around university and see so many Christian staff members—there are dozens of senior professors who are Christians—they probably hale from the ’70s and ’80s, when EU was very public. And I just wish that Christians could be more public. You’re doing a great job; TSCF needs to wave the flag in that regard, so that future generations of Christians will continue with that sense of confidence.

Is the word “science” thrown around carelessly?

Absolutely. Look at all the “scientifically proven” cosmetics. We think we live in a scientific age, but we don’t really.

A lot of people are publishing stuff that isn’t really reliable, certainly which isn’t reproducible. If something works you publish it, you don’t sit back and say, “Can I do the same experiment with other types of cell lines?” You just publish.

I was brought up in Asia, and I remember one of my Chinese teachers speaking to largely Chinese students. He said if, in China, you knew ten karate tricks, you’d teach nine to your students so you’d still be number one. But he said the difference in Europe was that you taught your students everything you knew. Now when he said Europe, he didn’t mean Caucasian, he meant “Christian.” Science requires a Christian ethic to operate—an ethic of cooperation, not competition; an ethic of truth, not fabrication; an ethic of obedience to the facts, not prejudice.

And I’m pretty sure that’s one of the reasons why science did flourish in a European environment. Europeans are not superior. It was the Christian ethic that enabled science to flourish, as it did amazingly in the high Middle Ages.

And then in the so-called Scientific Revolution of the 17th century, the Royal Society was largely Bible-believing Christians—many of them were theologians. In the 19th century, again, even though science was becoming secularized, it was still running on a Christian ethic.

So there is an element of faith in accepting what science says?

Are there legitimate problems to accepting the God of the Bible?

The great stumbling block to so many students is the problem of suffering. (Cancer biology, genetic disease, the evolution of pathogens—these things are always issues facing somebody in my business.)

The solution to that problem is that God is a suffering God. He has come to us in Jesus—again, to our surprise, we couldn’t have dreamt this up—and God suffered in Jesus to remove sin, to remove human evil. And I believe in a new creation to remove—to deal with—the problem of sickness and pain and death.

So the ultimate solution to the problem of suffering is in the cross and the resurrection of Jesus.