Home > Connection > A Sanctuary from the crowds

A Sanctuary from the crowds 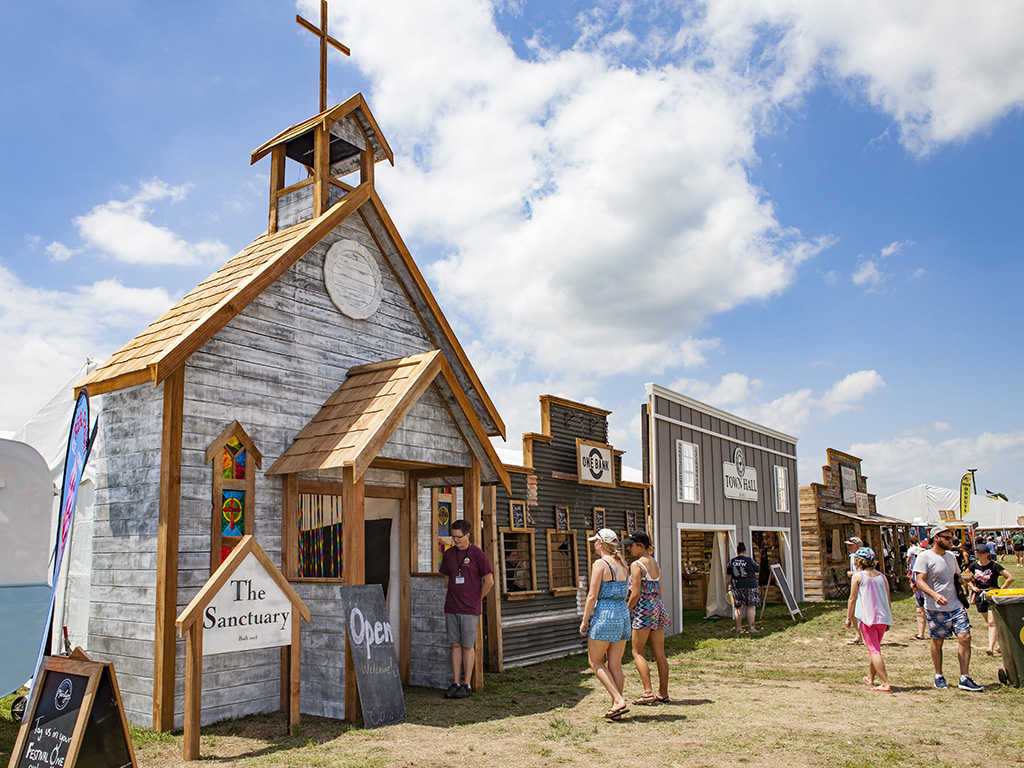 TSCF staff and students created and hosted two venues at Festival One. The annual event, which celebrates music, art and Christian community, took place 26–29 January just outside of Hamilton. TSCF’s contribution included a student lounge where young adults could hang out, and a space for prayer and reflection called the Sanctuary. “Festival One is a highlight of the Christian calendar in New Zealand, and we’re delighted to partner in the event,” said Nigel Pollock, TSCF’s National Director. “It’s great to see the impact the event has on churches, families, communities and individuals.” Staff worker Rosie Sim was also there for the weekend, and offered this glimpse behind the stained-glass-coloured entrance.

Festival One on a good day brings the words “vibrant, community, and colourful” to mind. On a more cynical day, the words are “hot, loud and tiring.”

I was mainly based in the incredibly crafted Sanctuary, where I spent 6 to 8 hours each day approaching strangers with a smile (which would fluctuate from genuine to fixed depending on how far in to the 30s the temperature in the tent reached). Conversations always started the same.

“Welcome to the Sanctuary …”

But then would come the time to take a risk, to dig a little deeper, to find out why they decided to walk through the door.
Sometimes I’d ask if they wanted me to pray with them, sometimes I would ask if they had anything on their heart they wanted to talk about. Sometimes it was clear they needed solitude with God.

There were polite and indifferent “no thank yous,” equally polite and equally indifferent “okay, sures,” but far more often that I would have thought, someone took a seat and began to share something of their life. There was the girl overwhelmed by school, trying to be the best she could be. The woman struggling with her eating disorder. The man who was so lonely in his church that he had stopped going. There were also the passionate sisters looking to encourage young Maori in their faith through Kapahaka. The young couple who weren’t Christians but said they were seeking. Even a boy who wanted me to pray for his three pet goats.

Yes, the Sanctuary was vibrant, it was a community, it was full of colourful characters. And yes the days were too hot, and loud and tiring.
But I got to see a glimpse of God’s heart for these people, his people: the hurt and healing, the lost and found. And we got to be part of that, providing a little space for sanctuary in the heat and noise of the festival.

Rosie Sim is a staff worker in Dunedin. 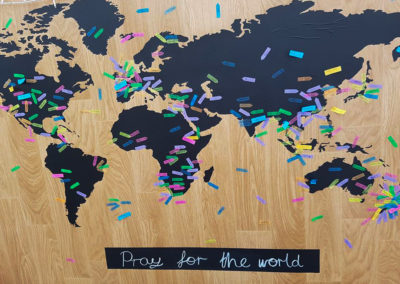 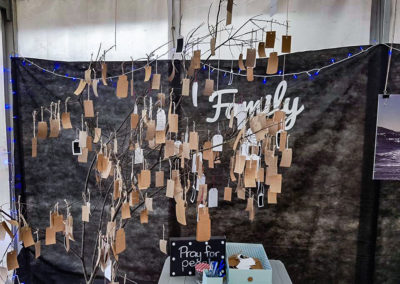 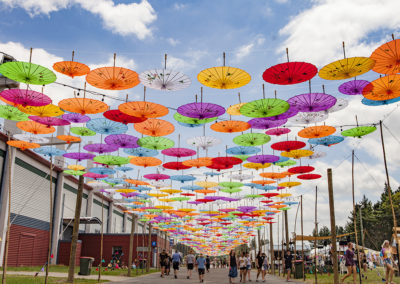